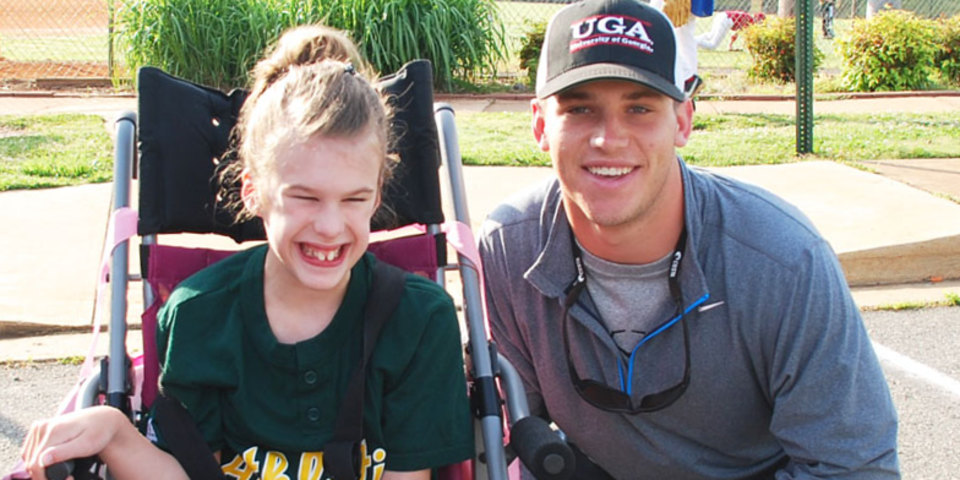 Exclusive signage featuring name of your company,logo on tournament T-Shirts and foursome

Sponsorship on banner and tournament T-Shirts, a special golf gift and a foursome

Tournament title sponsorship on banner and tournament T-Shirts, a special golf gift and a foursome

Lexi’s Game is now in its 17th year of hosting an annual golf tournament and auction.

The 2022 golf tournament and auction will be held on April 25, at Brookfield Country Club in Roswell, Georgia.

Alexis (Lexi) Kaiser is the daughter of Chip and Christy Kaiser. Lexi has cerebral palsy and spends most of her time in a wheelchair. She is a student at Lassiter High School in Marietta, Ga., who loves her school, her teachers and her classmates. A recipient of the Personality Award on more than one occasion, Lexi has an outgoing personality and does not meet a stranger.

Everyone is Lexi’s friend.

Our tournament has been blessed to have celebrities who come year after year to help make your day a most enjoyable one.  Past celebrities include:

As my Papa Roger Kaiser says, “Everyone here is a celebrity,” and he is so RIGHT! Many of the golf teams who are represented today as well as the celebrities have been with this tournament since day one.